After an easy classic to start off yesterday, we now move on to a medium difficulty level Diagonal sudoku. I have always liked a circular design and have tried to use that for this puzzle. Hope you like it. 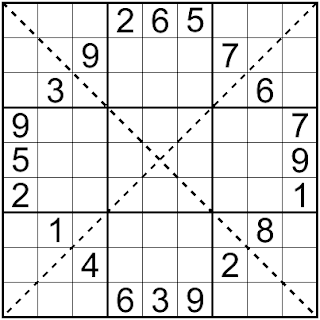 Okay, I know I have taken a very long hiatus from my blog, but had been a bit busy last year.

Last year was a good year in terms of sudoku competitions. Though I missed the WSC as I was not in India during the ISC, I missed my place in the team. Fortunately made up for that by ending Runners up once again at the Thailand International Sudoku Competition at Bangkok and then going on to win the Times UK National Sudoku Championship (as called by the The Times newspaper).

Finally I am back home in India and been spending some much needed time with them.

Now with the beginning of the new year, time to kick start the blog again. So here is a classic sudoku to begin with.

Fill the grid such that every row, column and 3x3 box contains the digits 1 to 9 without any repetition. 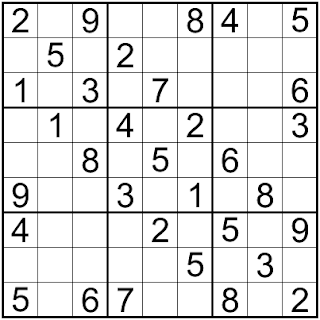