The Second leg of the WPF Grand Prix is over. There was nothing new to the puzzles. They were obviously of the highest quality that we have come to expect from Deb over the years. Kudos for the wonderful set. The results were much better than expected. I ended up 6th which was nice to see for a change.

The best puzzle that I liked was the Even Odd Big Small Sudoku. The twist of determining the application of symbols was truly a masterstroke. I personally prefer sudokus that make a solver think instead of just rushing with filling in the numbers. Part of this could be because I am not as fast as some of the solvers in the world like Jakub O, Tiit, Jan M to name a few. So when Sudokus make a solver pause and think, gives players like me a chance to catch upas I feel that is my strength.

So to begin the practice for that, we start of with an easy-medium level Consecutive Sudoku. 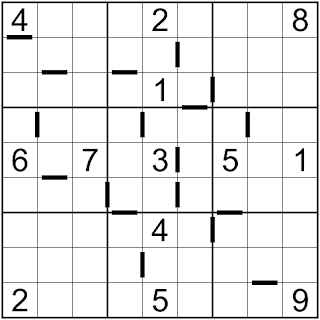