And today we have the final request of Rakesh being fulfilled. We have an Odd Even Count Sudoku. I had thought that I will be creating this after coming back from the Times Sudoku Championship finals, but since I managed to create it in advance, here I am posting it. There will be a lull on Sunday as I will be out of town for the championship. See you all on Monday. 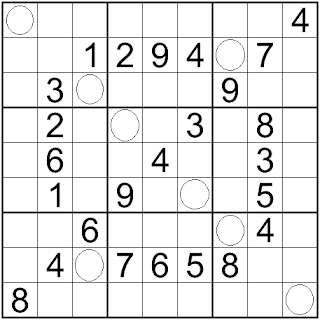