Today we have another Chessdoku, but this time it also doubles up for the League's puzzle. The week has started off interestingly with some great puzzles Arrow Sudoku by Fred, Search 9 by Prasanna and a Renban Sudoku by Bastien.

I hope the chessdoku lives up to the level set up by the previous authors for the week. This is not a difficult puzzle but then it does require a wee little bit of thinking. 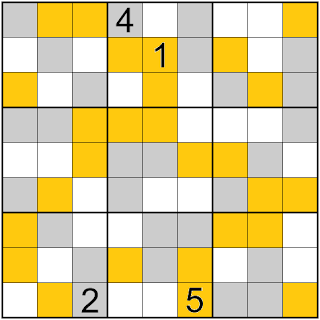