If any digit can occur in only one cell in any Row, Column or 3x3 Box, among all possibilities for that cell, then it becomes a hidden single for that cell. The images below will give a better explanation.

The first image shows all the pencil marks (possible numbers for any given cell). We have four possibilities for the cell at R6C6, viz. 2569. 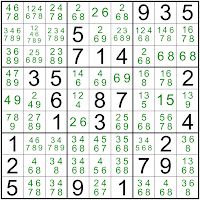 Now when we look at the second image, I have yellowed out all the cells in Box 5, where the number 5 cannot occur due to the 5 at R2C4 and R4C3. 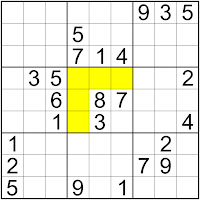 so that allows for number 5 to be in R6C6 only. The reason it is called hidden single is because in the first image there were other possibilities too for the cell R6C6 and the number 5 was hidden amongst them. Though the terminology is just FYI, I thought I will share it with you. 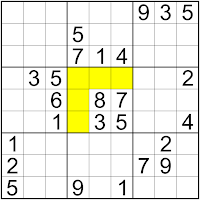