If any two cells in a row, Column or 3x3 box has the same 2 possible candidates then those two numbers can be eliminited from the buddy cells of both those cells. The example below will make it clear. 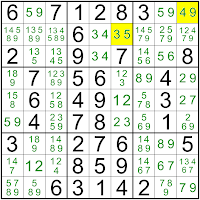 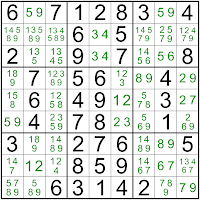